Austin Saint Johnthe actor who played the Red Power Ranger in the 90s TV series, had his home raided by the federal government and he is now under arrest in a massive federal criminal case.

One of St. John’s neighbors told TMZ … about 15 FBI agents in tactical gear drove to the St. John home at 7 a.m. Thursday in Tahoe Suburbans in an upscale McKinney, Texas neighborhood … brandishing what looked like AR-15s as they approached his porch.

They entered the house and when they came out they had a plus 1 – St. John in handcuffs. 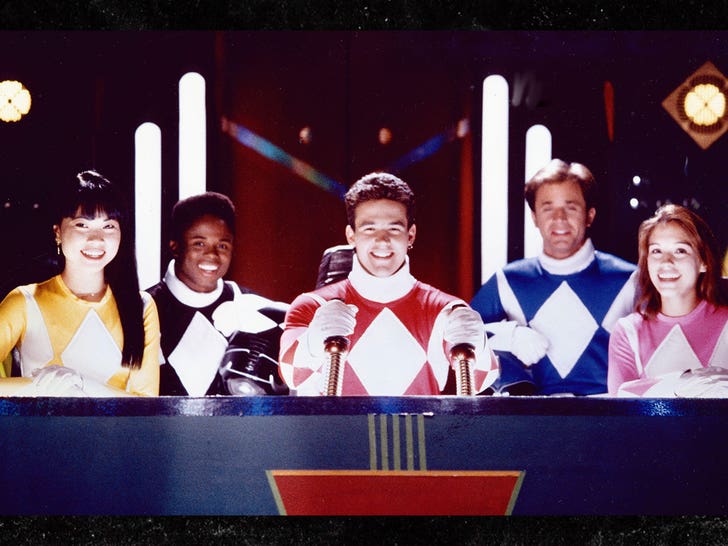 It turns out there was a massive federal indictment involving 18 people who have now been charged with fraud. The indictment alleges that St. John was part of a scheme to defraud the Small Business Administration’s Paycheck Protection Program … it’s the program designed to help small businesses affected by COVID.

St. John reportedly obtained 16 loans, totaling $3.5 million, which he used for personal purchases and not for the purposes intended. Even though it was used for its intended purpose, authorities claim it was obtained fraudulently.

St. John played Jason Lee Scott on the “Mighty Morphin Power Rangers,” which launched his career in 1993. He left the show in its second season but returned occasionally.

BTW…there are other Power Rangers who have found themselves in a legal mess… Ricardo Medina, Jr.who starred in “Power Rangers Wild Force,” was convicted of manslaughter in 2017 and sentenced to 6 years for stabbing his roommate with a sword.

As for St. John, if convicted, he faces a maximum of 20 years in prison.