By Abdi Rashid for Mailonline

The Serie A side lifted the Europa Conference League, their first trophy in 14 years, on Wednesday after beating Feyenoord 1-0 thanks to Nicolo Zaniolo’s 32nd-minute goal.

Wild celebrations followed on Thursday as Roma paraded the trophy through the city in front of thousands of supporters. 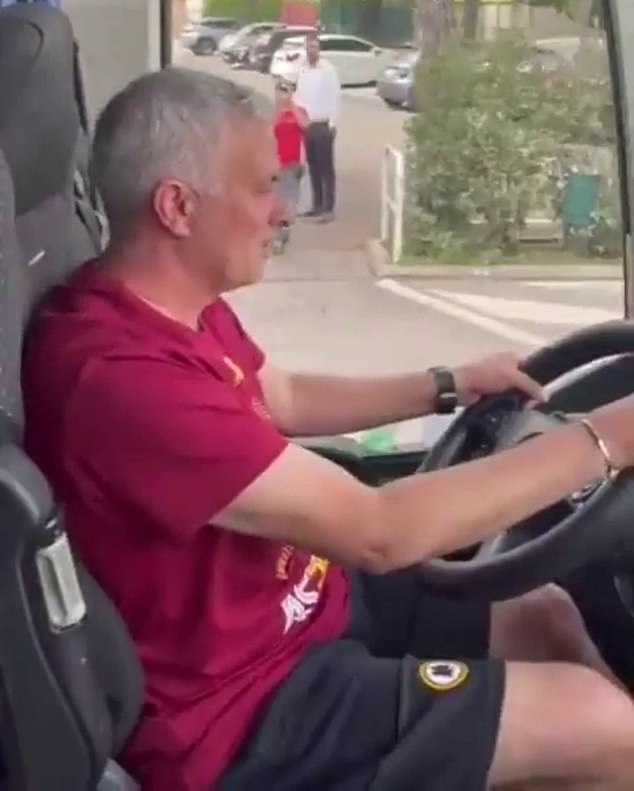 Mourinho was in good spirits before the parade even started as he momentarily drove the bus, and a number of his players could be heard cheering him on.

He nearly crashed the bus before finally pulling over, having left the team’s goalkeeping coach Nuno Santos behind.

Mourinho developed a reputation for ‘parking the bus’ in games due to the defensive tactics he employed throughout his time on the touchline.

Roma posted a video on their Twitter account with the bus passing the famous Colosseum, with Mourinho waving to the fans with a huge smile on his face and putting his hand to his heart. 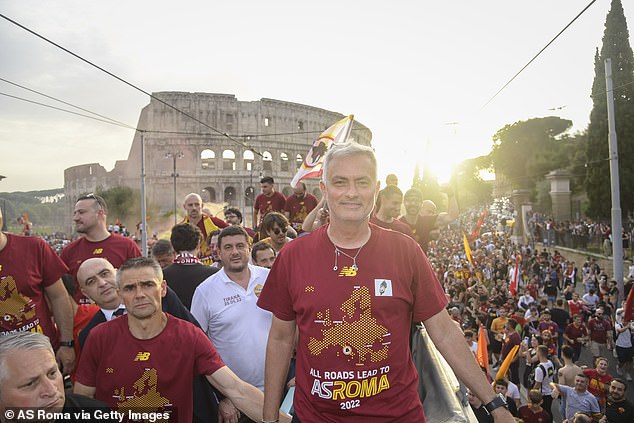 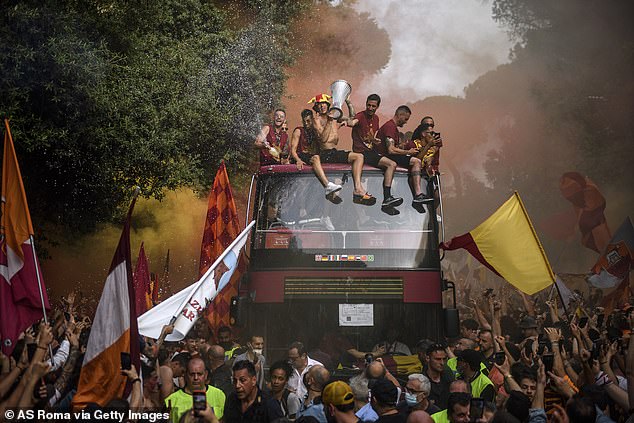 At Porto, he won a UEFA Cup and a Champions League. He also won the first European competition at Inter in 2010, then the Europa League during this period at Manchester United.

The trophy guarantees that he has won at least one trophy at every club except Tottenham since his time at Porto.

The parade ended with a stage presentation where the trophy was presented to the fans in attendance.