After a three-year wait, “Stranger Things” is back and once again clocking up impressive viewership stats for Netflix. Volume 1 Season 4 broke the record for largest series premiere weekend in English, which was previously held by “Bridgerton” Season 2.

According to Netflix’s recently released Top 10 rankings, season 4 of the Duffer Brothers’ hit sci-fi series was watched for 287 million hours during the week of May 23-30, landing in the top spot. This comes after only three days of availability, as part 1 of the season kicked off with seven episodes on Friday.

All four seasons of “Stranger Things” returned to Netflix’s Top 5 titles for the week of May 23-30.

By comparison, Season 2 of “Bridgerton” was watched for 193 million hours in its first weekend, which ran during the week of March 21-27. That impressive three-day ratings was a record for the streamer, with “Bridgerton” season 2 becoming the most-watched Netflix English-language TV title in its first weekend in Netflix history. Now, “Stranger Things 4” holds that title and broke “Bridgerton’s” record by almost 50%.

In October 2019, Netflix declared “Stranger Things 3” to be the show’s most-watched season to date, with 64 million member households consuming it in the first month of its launch. In its first four days, Netflix says more than 40 million people watched the third season of “Stranger Things.” It’s impossible to draw a true comparison between the early performances of ‘Stranger Things 3’ and ‘Stranger Things 4’, given that the third season came during the time when Netflix still had a ‘view’ of a title like having seen at least 70% of an episode. The streamer then decided that watching at least two minutes of a show or movie was a view. Now, Netflix calculates viewership based on total hours watched, which is how its weekly Top 10 list is presented.

“Stranger Things” became a flagship series for Netflix upon its debut in 2016, which featured young actors Millie Bobby Brown, Finn Wolfhard, Gaten Matarazzo and Caleb McLaughlin alongside seasoned veterans including Winona Ryder and David Harbour. The buzz surrounding new episodes has remained steady even after three years without updates.

Recently, the show made headlines after Netflix announced the unusual runtimes of season 4. The shortest episode is 63 minutes long while episode 7 is 98 minutes long – which certainly helps to improve the show’s rating – and the as-yet-unreleased Season 4 finale will run nearly two and a half hours.

“Stranger Things” Season 4 Part 2 will hit Netflix on July 1, consisting of two episodes. The series has already been renewed for its fifth and final season. 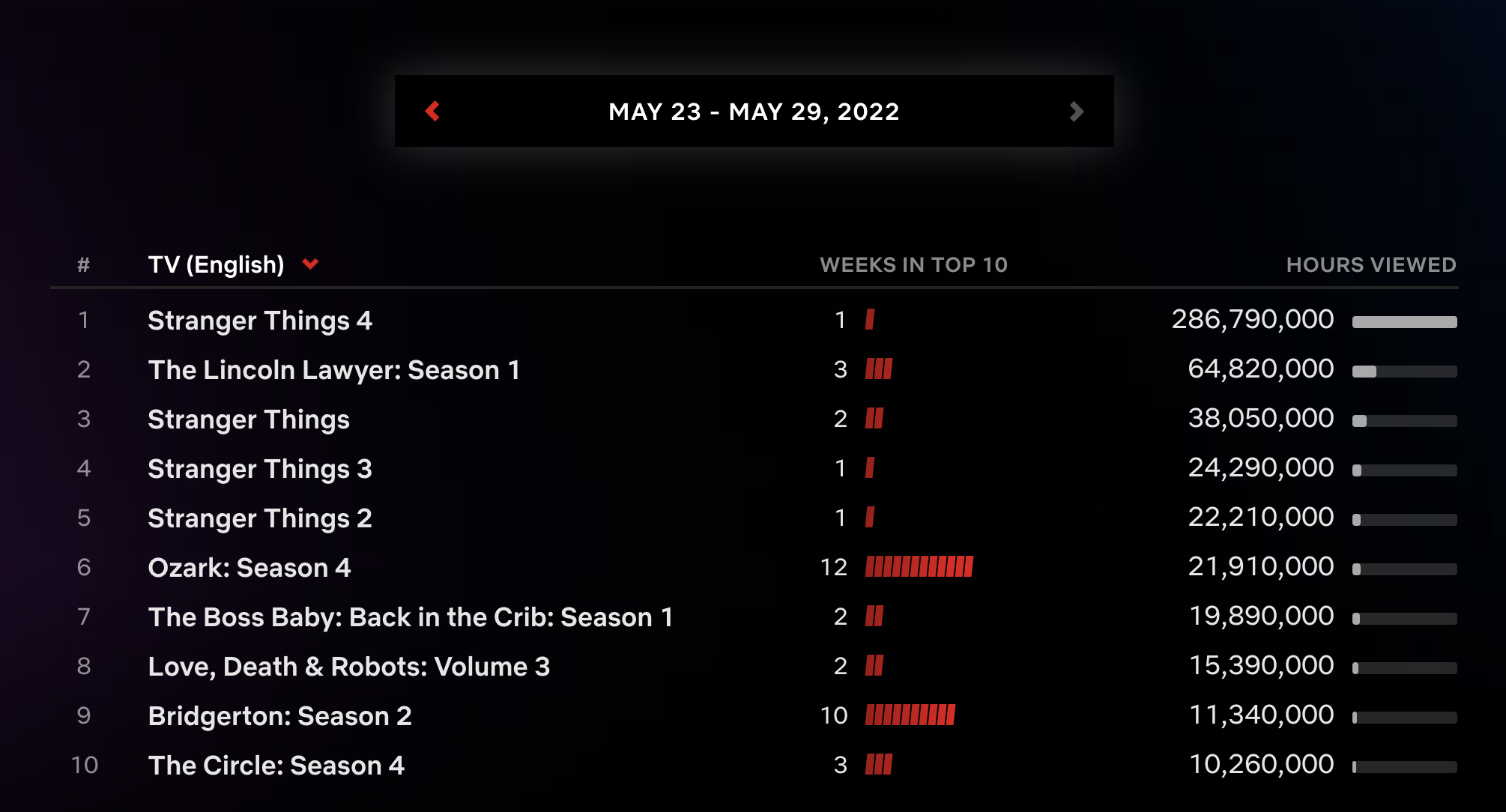 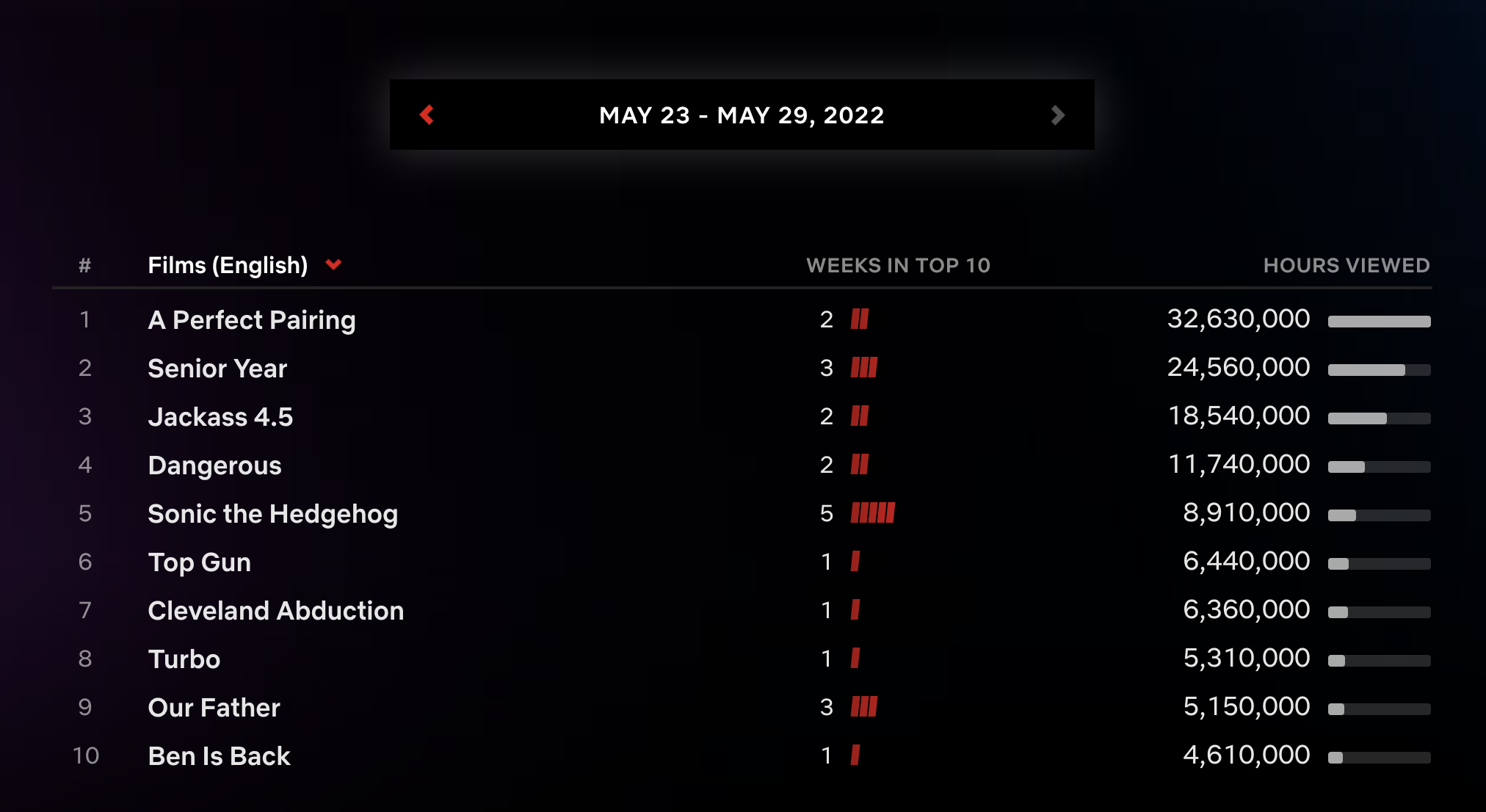 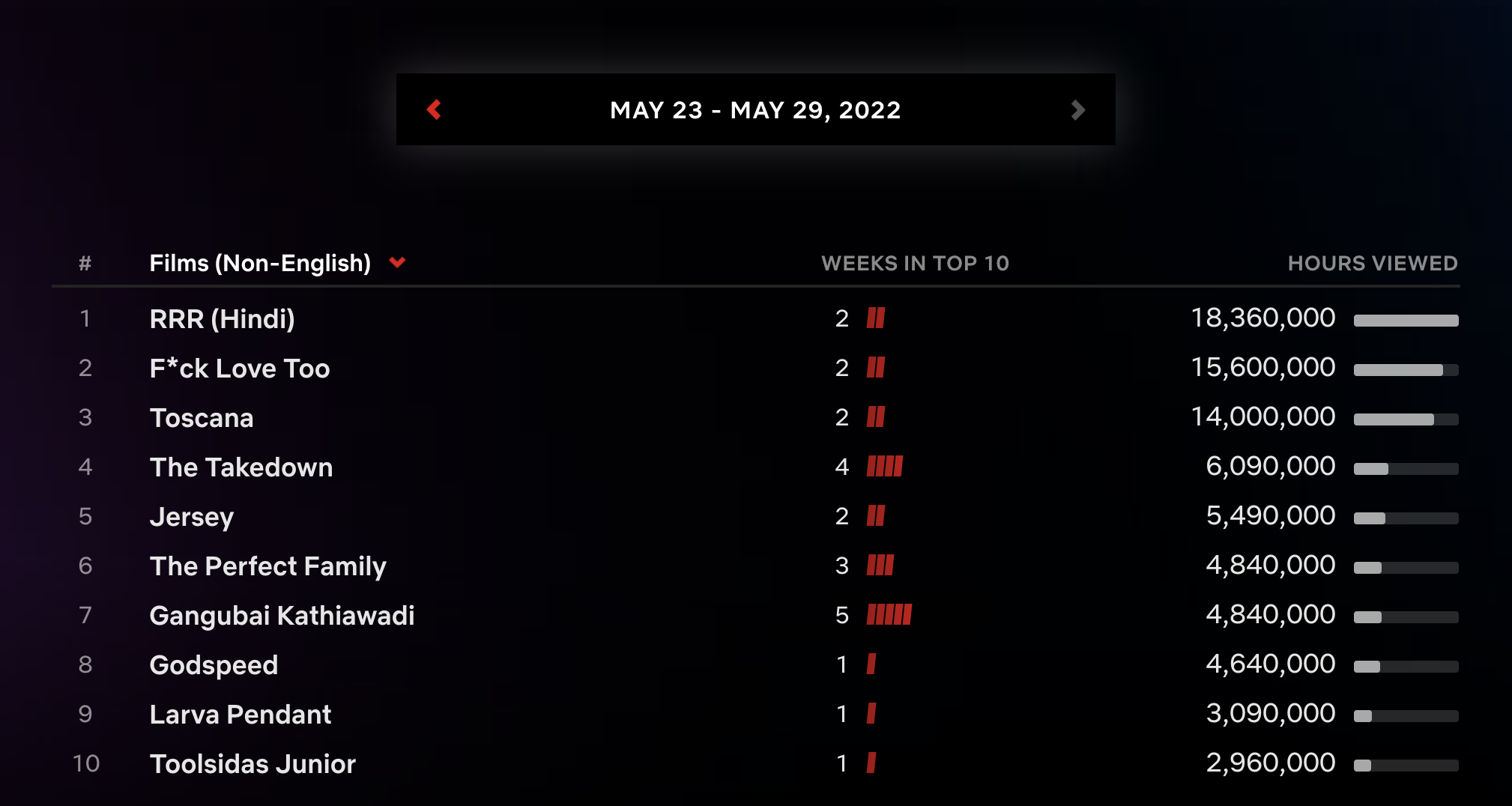