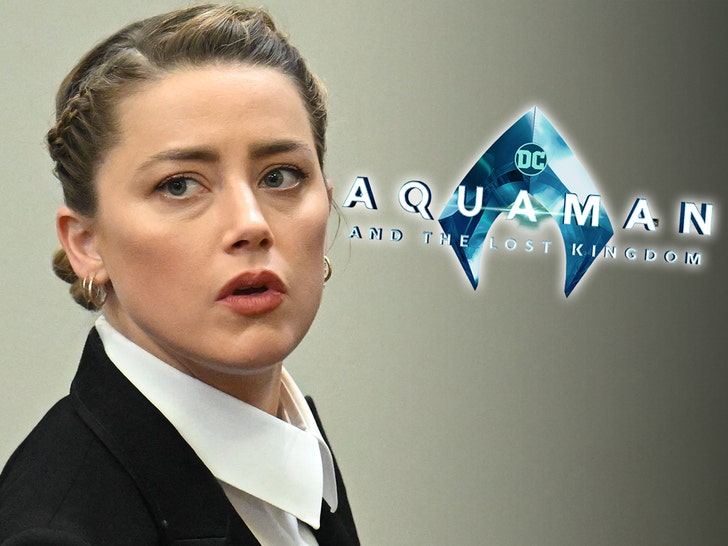 bad news for Amber Heard — even before the jury’s verdict — millions upon millions of “Aquaman” fans have already decided they want her out of the sequel, and they’re signing a petition in near-record numbers. 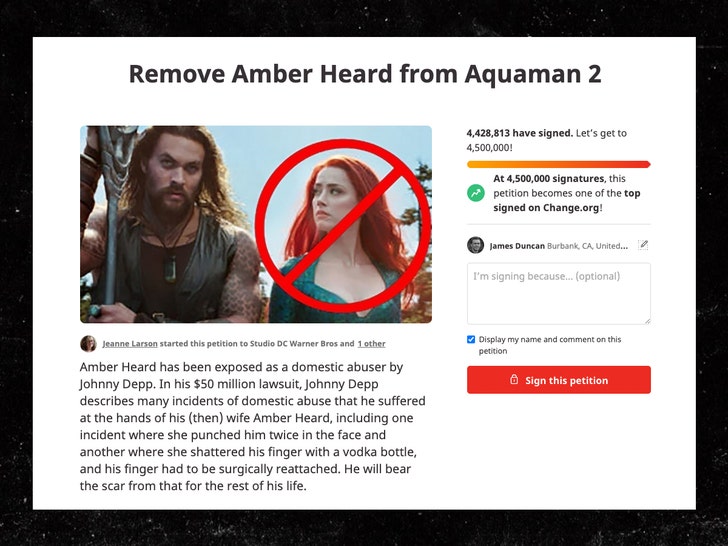 The online document claims the Johnny Depp vs. Heard’s lawsuit exposed her as a domestic abuser, making her unfit to be on screen in the jason mamoa-directed sequel. 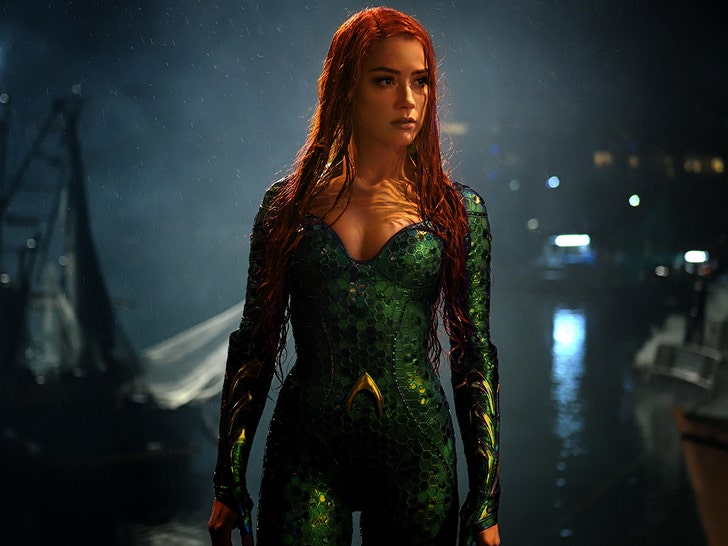 As you know, it has been reported that Heard’s character, Mera, has only about 10 minutes of screen time in “Aquaman and the Lost Kingdom,” but it seems 4.4 million people think that’s 10 minutes too long.

Of course, the Change.org petition carries no real weight — Amber has a contract and will almost certainly remain in the film — but studios might be paying attention to the backlash when it comes to future casting decisions related to Amber. 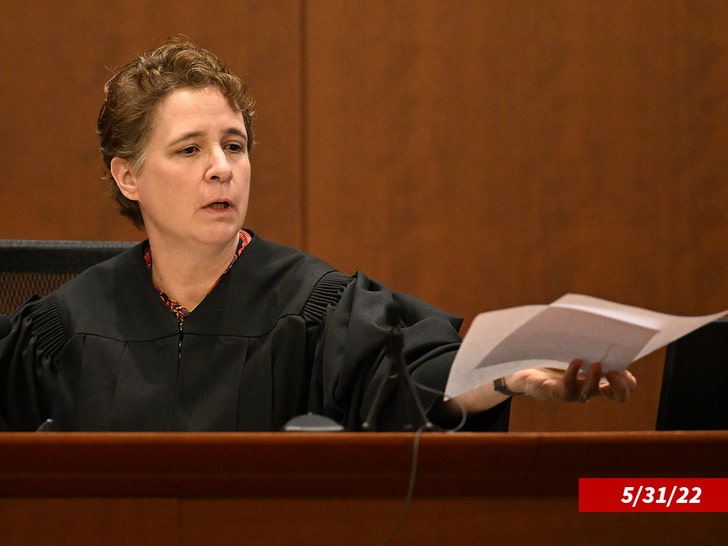 Proceedings continue today at the Fairfax County Courthouse in Virginia.