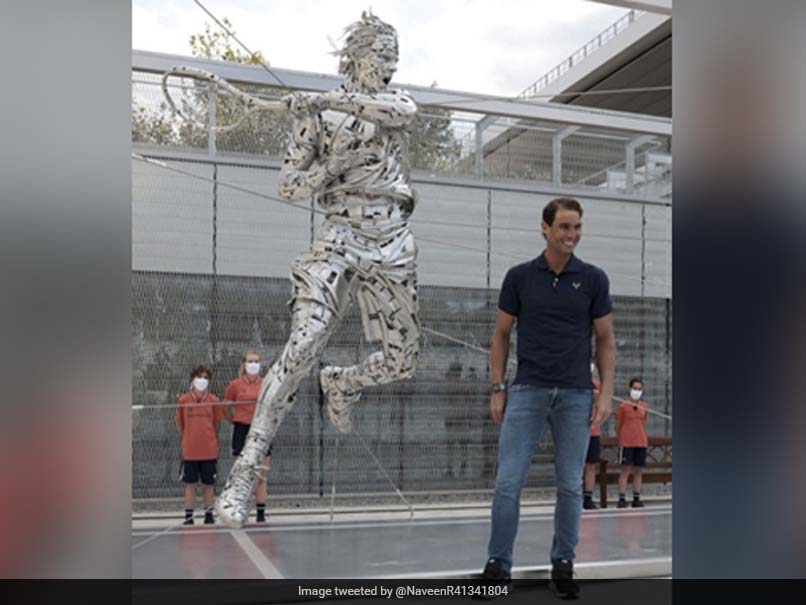 Rafael Nadal is the toast of the tennis world and sporting fraternity after overcoming serious physical odds to claim the 2022 French Open men’s singles title. Nadal brushed aside Casper Ruud’s challenge in straight sets on Sunday to win his 14th title at Roland Garros and it took his record to 22 Grand Slam titles, two ahead of his main rivals Roger Federer and Novak Djokovic. What must have been satisfying for the Spaniard was the fact that he beat Djokovic in the quarter-finals to win this title. Nadal lost to Djokovic in the semi-finals last year, which allowed the Serb to win his second Roland-Garros title in 2021.

It is also the first time that Nadal has won both the Australian Open and the French Open in the same year. Although Nadal and Federer have a long-standing rivalry, the mutual respect between the two generational tennis legends is well known.

On Sunday, Federer’s current coach and former professional tennis player Ivan Ljubicic wrote on Twitter that the Philippe Chatrier court at Roland Garros should now be named after Nadal.

Not much PLAYED 14 @Roland Garros tournaments. He has won it 14 times. There are no words to describe this feat. Don’t think good old Phillippe would care if his court changed the name to Rafael Nadal – the statue isn’t enough

“Not many players have PLAYED 14 @rolandgarros tournaments. He won it 14 times. There is no word to describe this feat. Don’t think good old Phillippe would care if his court changed the name in Rafael Nadal – the statue is not enough”, Ljubicic tweeted.

Nadal now has two Grand Slams ahead of Roger Federer and Novak Djokovic.

The Spaniard had beaten Djokovic in the French Open quarter-finals and then progressed to the final after Alexander Zverev was forced to withdraw halfway through the semi-final.

Nadal had completed the final against Ruud in two hours and 18 minutes, taking his record at Roland Garros to 112 wins against just three losses.

Nadal has never lost a French Open final and he ensured his record remains intact by beating Casper Ruud on Sunday.

The Spaniard had sealed the final against Ruud with a backhand, his 37th winner of the final.

Topics discussed in this article