“America’s Got Talent” is all about discovering stars – and sometimes those stars can be sitting right behind you.

It’s a lesson judges Simon Cowell, Howie Mandel, Heidi Klum and Sofía Vergara learned on Tuesday’s episode of the NBC reality competition, which saw an 11-year-old girl land the coveted Golden Buzzer after caught the attention of the judges while singing in the studio. audience during a commercial break.

Ahead of her seemingly impromptu performance, Madison Taylor Baez opened up about being an “AGT” fan since she was 4 years old.

But instead of hitting the stage and auditioning the old-fashioned way, Baez hid in the studio audience, blending in with the fans.

To pass the time during breaks, members of the “AGT” studio audience have the chance to sing into a microphone. When the mic came to Baez, her powerful rendition of “Amazing Grace” instantly had the judges crane their necks in her direction and earned a standing ovation from the crowd.

Cowell, notoriously hard to impress, gushed over Baez and invited her to sing on stage.

“I’ve been to a lot of (‘AGT’) tapings,” Baez told the judges. “Since I was 4, I always tried to sing for commercial breaks. I always dreamed of being on this show, and I’m finally here.”

After more impressive vocals from Baez, Cowell said the contestant was a one-of-a-kind talent.

“I normally leave during the break because people are singing, so it’s actually the opposite,” he joked. “It brought me back into the room.”

When asked how she would spend the million dollar prize, Baez replied that she would donate it to cancer research. She added that her father had been living with stage 4 lung cancer for nine years. Her father later joined her on stage, saying his daughter had learned to sing to comfort him during her chemotherapy treatments.

His talent and pure heart inspired Mandel to hit the Golden Buzzer, sending a tearful Baez straight to live broadcasts.

Baez wasn’t the only singer to impress the judges.

Drake Milligan, a 23-year-old country singer from Fort Worth, Texas, got yeses from all four judges, along with a comparison of Mandel to a musical icon.

“I think that song is a hit, and I think you’re a hit,” Mandel said after Milligan and his band performed his original song “Sounds Like Something I’d Do.” “You’re like the new Elvis of country.”

Another memorable singing performance came from Metaphysic.ai founders Chris Ume and Tom Graham, a duo who use “artificial intelligence to create hyper-real content”.

Instead of singing themselves, they invited former “AGT” contestant Daniel Emmet to sing Chicago’s “You’re the Inspiration” while a camera filmed it. 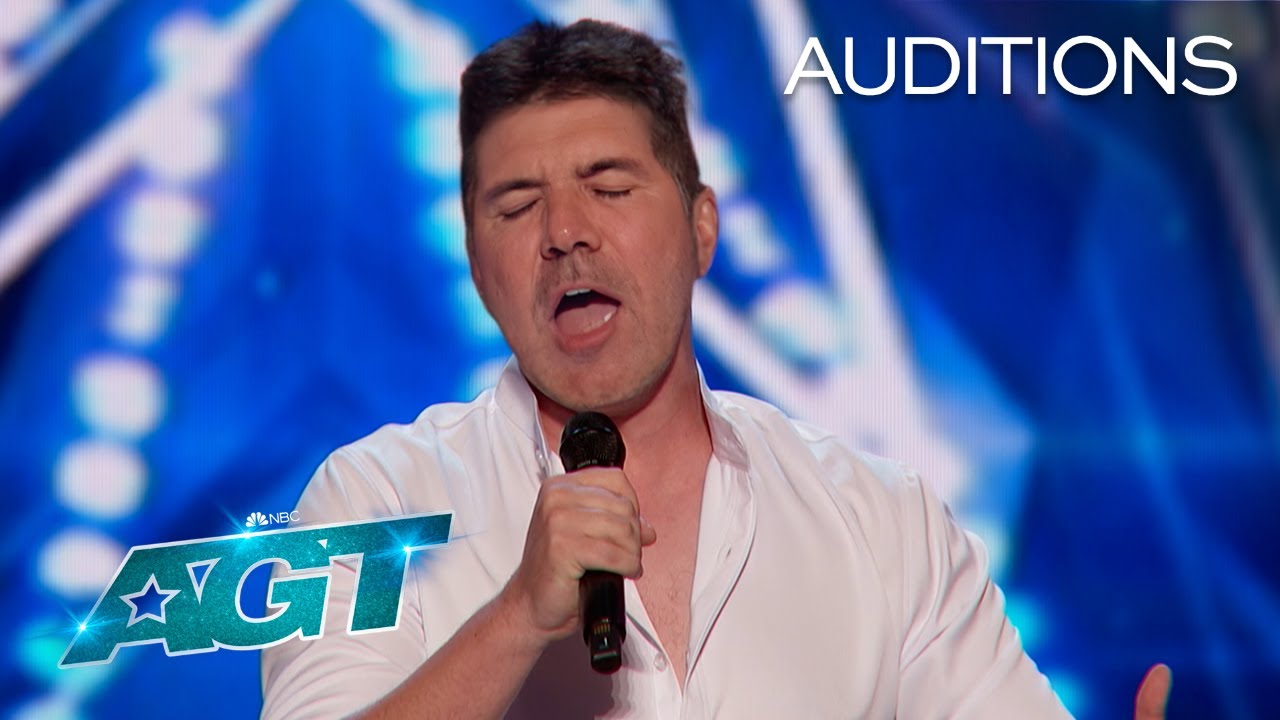 The camera projected Emmet’s body onto a large screen, but with Cowell’s face glued onto him in an eerily realistic and eerie effect.

“Is it inappropriate to fall in love with a candidate?” Cowell joked. “A great singer who looks amazing.”

They got unanimous yes from the judges.

Of course, it wouldn’t be an “AGT” episode without at least one really weird act.

On Tuesday, that act came from Zeno Sputafuoco, who appeared to twist a spiral nail through his nose and into his mouth.

Yes, you read that right.

Oh, but that’s not all. The silent contestant also invited Vergara and Klum onto the stage and had the judges sit on a wheeled platform. He then took a large hook, put it in his nose and pulled the judges from a rope tied between his nose hook and the platform.

The grotesque act earned four yeses, sending Sputafuoco to the next round where he’ll likely perform even more gag-inducing stunts. Yay?