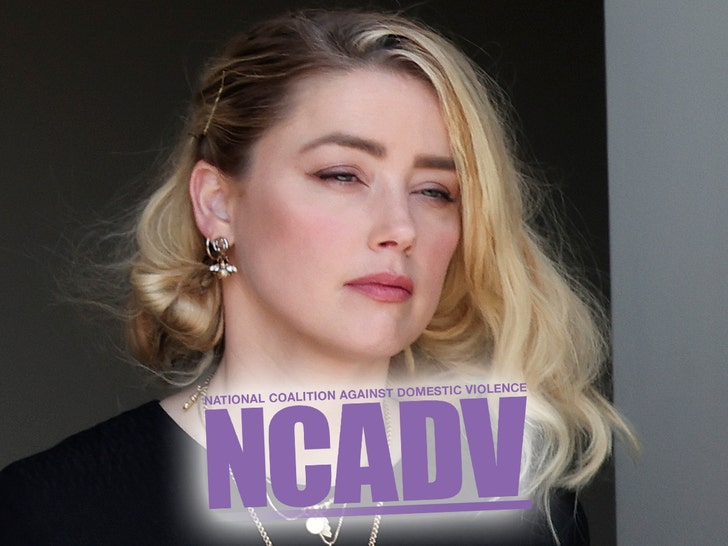 The Johnny Depp versus. Amber Heard the trial may be over, but the ridiculousness isn’t…especially for people who disagree with the jury and support Amber.

Ruth GlenCEO of the National Coalition Against Domestic Violence, TMZ tells … since releasing a statement of support for Amber last week, the group has been besieged by Depp fans on all fronts.

She says some of the backlash amounts to impassioned comments – including sentiments that NCADV doesn’t believe men can be abused, that real DV victims believe Johnny and even more slugging at Amber…like people who call her a liar or a “psycho”. 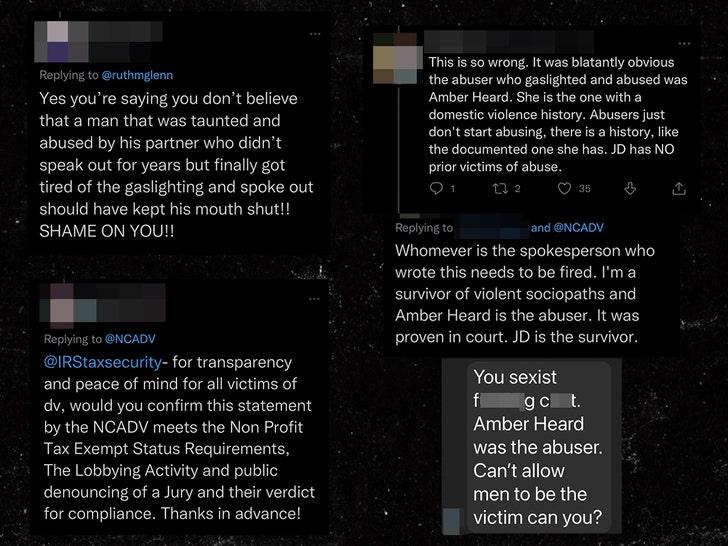 As for people pointing out that NCADV leaders are clearly pro-Amber — their statement says they were “appalled by the verdict” — Glenn admits that’s correct, as his organization believes Amber is the victim in this case…despite the opinion of the jury verdict.

That being said, Glenn tells us that the vitriol – towards Amber and her supporters – is unwarranted, and she even adds Ray Rice hasn’t been dragged publicly as much after his infamous domestic violence case.

As for what the future holds, Glenn says the #MeToo movement won’t suffer permanent setbacks, but she thinks people need to rethink what it means to believe all survivors.

In the short term, however, she suspects this verdict could affect how DV victims come forward and talk about these issues.

Of course, not all organizations advocating for VI victims are on the same page about who the real abuser is in this case. As we have seen, another highly publicized Italian-based NGO, Mission NGO, came out in support of Johnny at the height of the trial.