By Jacqueline Lindenberg for Dailymail.Com

Uma Thurman, 52, and Henry Golding, 35, have been confirmed to star in the action sequel The Old Guard 2.

The two stars will join a top-notch cast, including Charlize Theron who starred in the original 2020 film.

While character details for Thurman and Golding have yet to be revealed, both actors have plenty of experience under their belts, especially in the action genre. 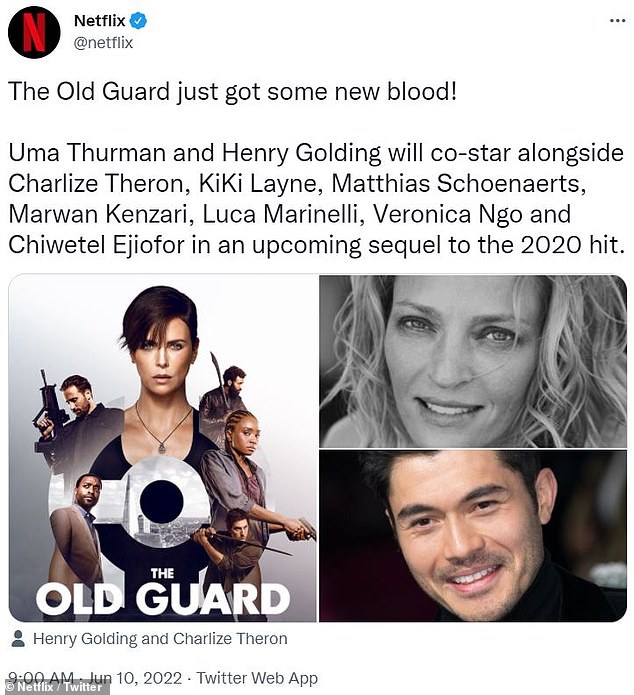 Old and new: Uma Thurman and Henry Golding will join the original cast of The Old Guard in its new sequel alongside Charlie Theron

The 52-year-old starred in the Kill Bill franchise where she was seen doing countless action sequences.

The Crazy Rich Asians actor also dabbled in the acting realm when he tackled a role in Snake Eyes: GI Joe Origins.

Netflix uploaded a message to the company’s official Twitter account, stating at the top: “The old guard just got some new blood.”

The sequel will be directed by Victoria Mahoney, and other returning cast members include Kiki Layne, Matthias Schoenaerts and Marwan Kenzari, according to Variety.

Mahoney has worked on notable action and drama projects, such as Star Wars Episode IX: The Rise of Skywalker and the HBO series, Lovecraft Country. 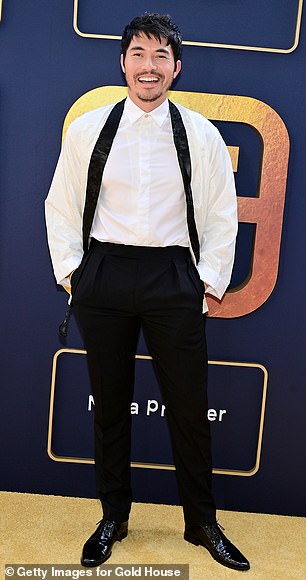 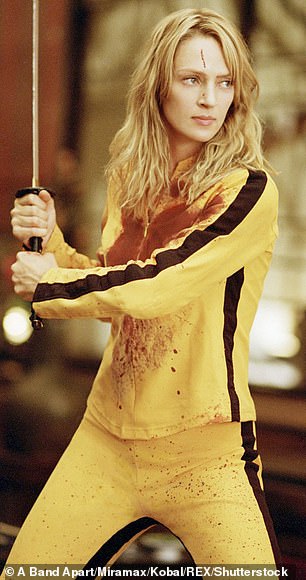 New addition: The two talented actors will have the opportunity to show off their action skills in the sequel, The Old Guard 2

Skydance Media’s 2020 Netflix movie did incredibly well when the movie officially launched on the streaming site.

The Old Guard has become one of Netflix’s most popular and most-watched action movies, with 186 million hours watched in less than a month, Variety reported.

The premise of the film follows a group of mercenaries who are secretly immortals with the ability to heal themselves.

However, when exposed, they must fight to keep their identities a secret. 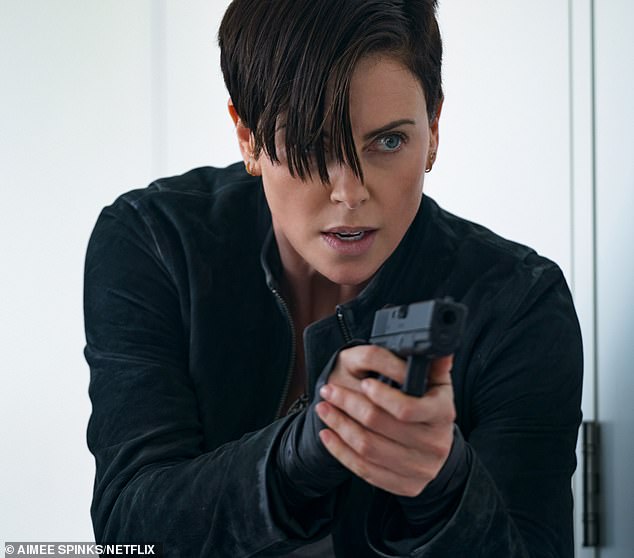 A big comeback: Theron is one of the original stars who will return to reprise a role in Netflix’s sequel The Old Guard 2 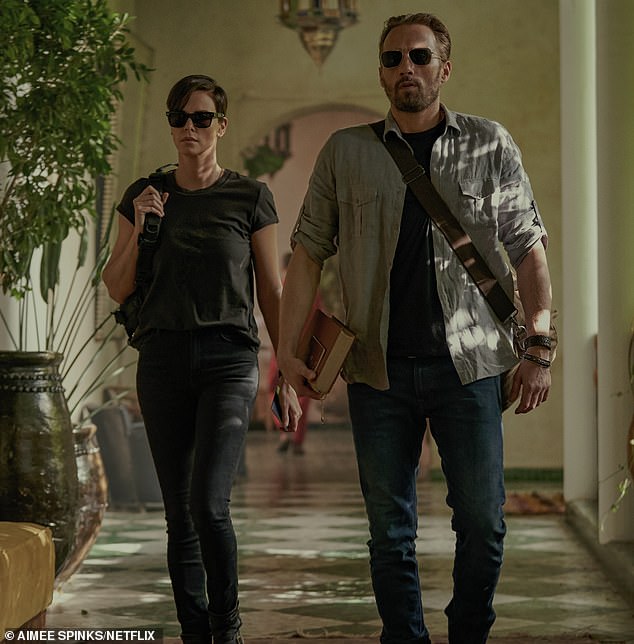 The sequel was imminent: 2020 film The Old Guard is one of Netflix’s most popular action films

In a joint interview with Esquire when the first film was released, Theron explained what got her interested in the project.

“The first thing that got me excited was the world,” the Mad Max: Fury Road actress said. “I loved this juxtaposition of high sci-fi with intimate emotion.”

Netflix’s hit is based on a comic book series written by Greg Rucka, and he also weighed in on his inspiration to create the series. 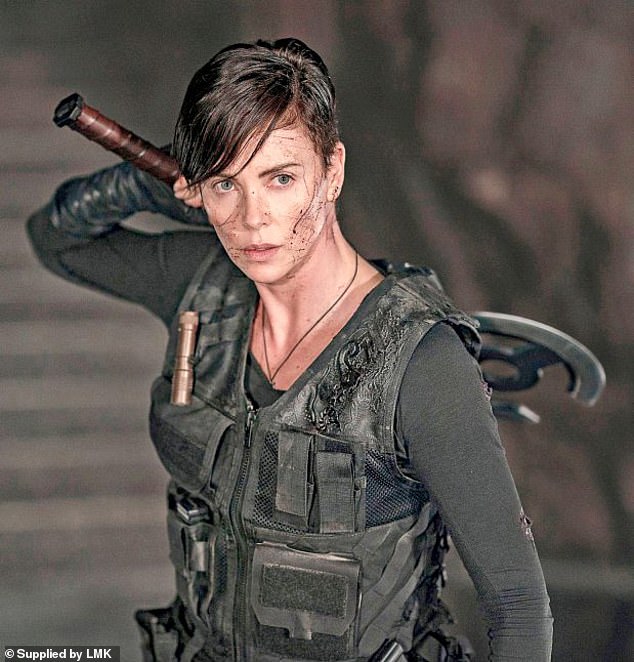 A story that comes to life: The Old Guard is based on a comic book series written by Greg Rucka

“The Old Guard grew out of the idea of ​​ghost stories about soldiers who don’t want to die,” Rucka told Esquire.

The writer also explained how he was beyond thrilled when he learned that his comic would be made into a Netflix movie.

“Netflix made possible the making of this film which I am sincerely very proud of.”

The sequel is currently in production, with no official release date yet.