On June 10, BTS made their highly anticipated comeback with their anthology album “Proof” and brand new title track “Yet to Come (The Most Beautiful Moment).” The album features three new songs — “Run BTS,” “For Youth,” and “Yet to Come” — alongside many past BTS hits.

On the first day of the album’s release, all of the new tracks from “Proof” made their high-profile debut on Spotify’s daily Global Top 200 chart, with many older songs featured on the album also entering the chart. classification.

Including BTS and Coldplay’s hit collaboration “My Universe,” BTS landed an impressive total of 28 different songs in the Global Top 200 for June 10.

Their new title track “Yet to Come” debuted at No. 3 on the daily global chart after racking up 7,178,605 streams on day one alone, breaking BTS’s own record for most day one streams. any Korean language song released. on Spotify. 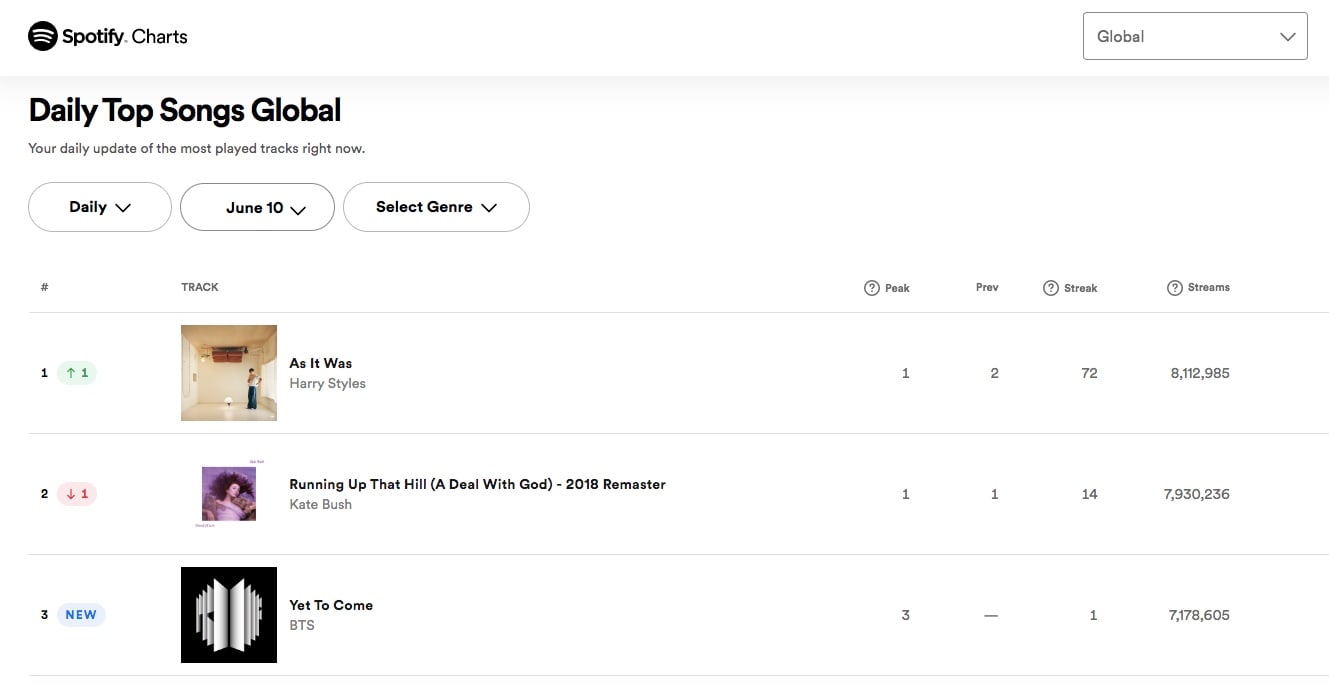 Congratulations to BTS on their record-breaking comeback!