SINGAPORE — Joanna Jedrzejczyk has decided to end her legendary career on Saturday after UFC 275.

Jedrzejczyk, the former strawweight champion, has announced her retirement from MMA after her unsuccessful return to the octagon. After a two-year hiatus, Jedrzejczyk returned to Singapore where she suffered a knockout loss in her highly anticipated rematch with Zhang Weili.

In his post-fight interview with Daniel Cormier, Jedrzejczyk broke the news to the world.

“I’m retired,” Jedrzejczyk said “Thank you so much for the support. … It’s been 20 years. I’m 35 this year. I want to be a mom. I want to be a businesswoman. I trained for two decades, more than half of my life. I appreciate you all. I love you.”

Jedrzejczyk (16-5 MMA, 10-5 UFC) said she didn’t come into UFC 275 knowing it would be her last fight. Retreat was something she had thought about, but it wasn’t firm before the fight.

“No, it was just in the moment, but I had it in mind,” Jedrzejczyk told reporters during the UFC 275 post-event press conference. one day, maybe a year ago, if something happened, I might retire because I’ve been in this business for 19 years. Lots of investment on my part. It’s time to fully enjoy my life. I’m getting so close and honestly, I haven’t had time to think about the extent of my legacy. I am a hard worker and have always been dedicated. I give as much as I can and receive as much as I can in the same way, but now is the time to take full advantage of it.

Jedrzejczyk is leaving MMA after fighting for 10 years professionally. She remains the most dominant strawweight champion in UFC history, holding the record for most consecutive title defenses in the division with five.

Jedrzejczyk, who held the title from 2015 to 2017, had notable victories over Jessica Andrade, Michelle Waterson, Tecia Torres, Claudia Gadelha and current champion Carla Esparza, among others.

The Polish fighter is happy with what she was able to achieve and wants to let people know that they can achieve their dreams like she did.

“I want people to know that anything and everything is possible,” Jedrzejczyk said. “It doesn’t matter where you’re from, what color your skin is, what religion you believe in – you can do it. …Dreams do come true, but you have to work hard and really believe in it. I am proud of myself.” 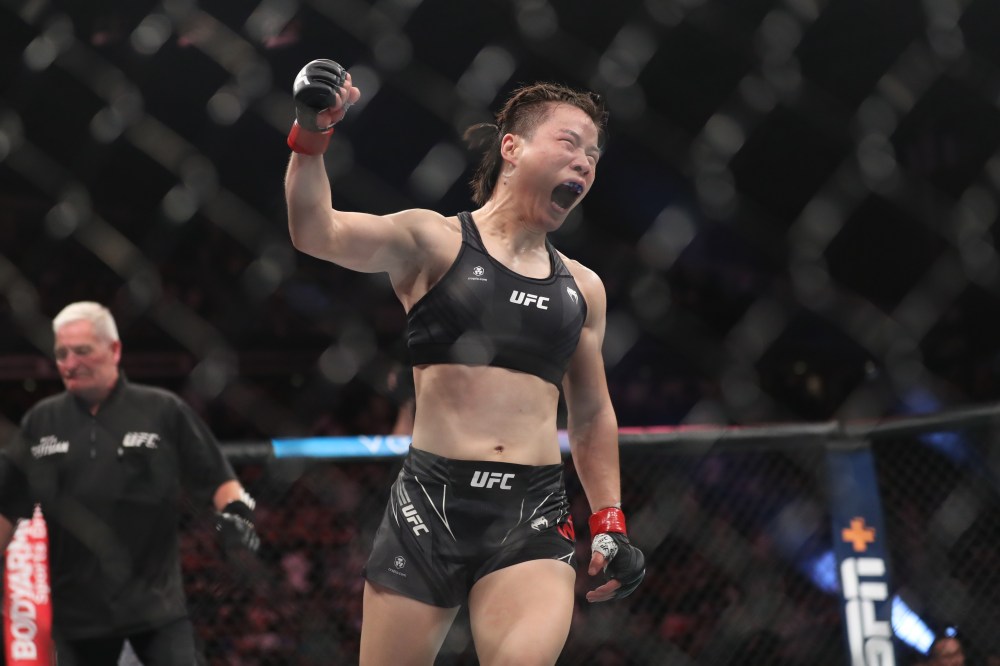