Heidi Montag has shared a heartwarming family photo with her husband, Spencer Pratt, and son, Gunner.

The actress looked radiant and happy as she showed off her baby bump in an elegant sundress.

In an interview with Us Weekly, the star opened up about the difficulty of trying to conceive and how it took almost 18 months to get pregnant with their second child. 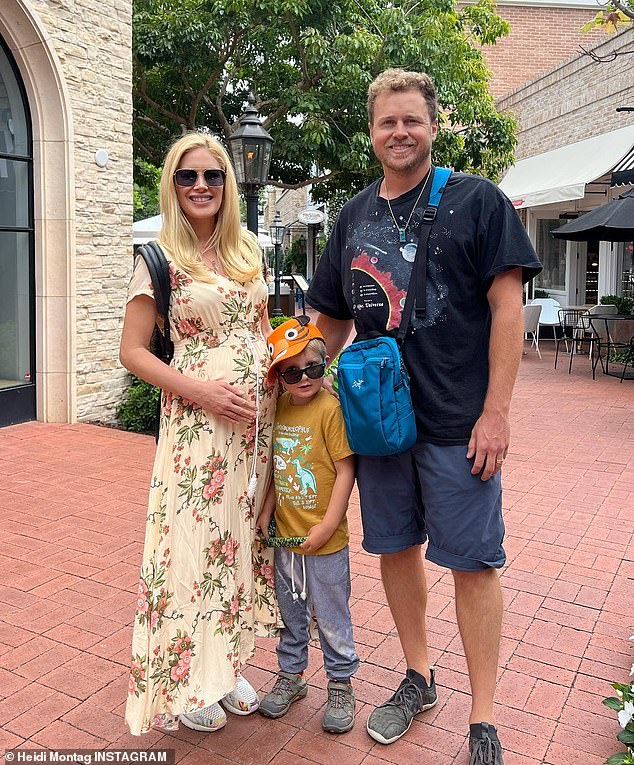 The 35-year-old, who is due to give birth in December, had a big smile with one hand resting on her bump.

The Hills star looked stunning in a long, cream-colored dress with floral patterns.

Her blonde hair fell to her shoulders with a slight curl at the end. She opted for comfort and wore a pair of white sneakers.

She wore a pair of rectangular-shaped sunglasses and carried a backpack that slung over her shoulder. 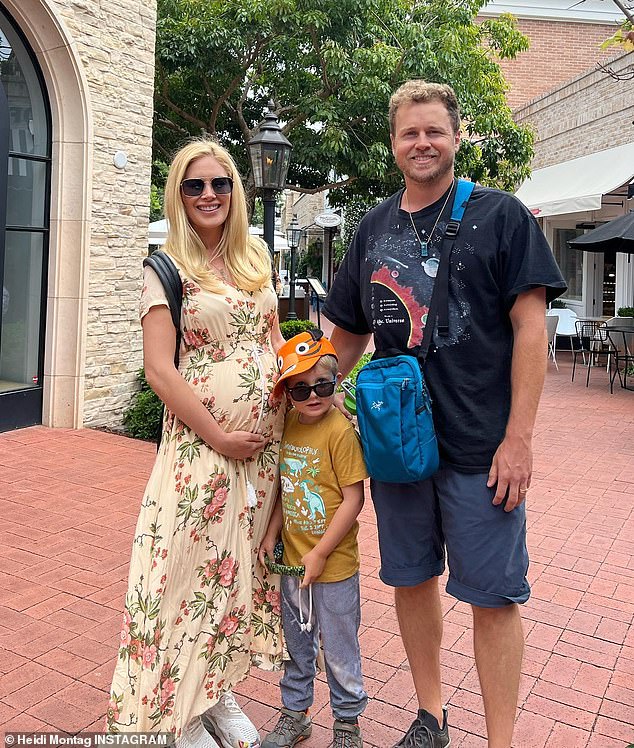 Happy mum-to-be: The Hills alum seems beaming with happiness and excitement at the prospect of welcoming another child

Heidi added a cute caption to the post and wrote, ‘Family time! The 4 of us.’

Although the path to conceiving their second child was not an easy journey, the reality star opened up about how badly she wanted another baby and a sibling for Gunner. 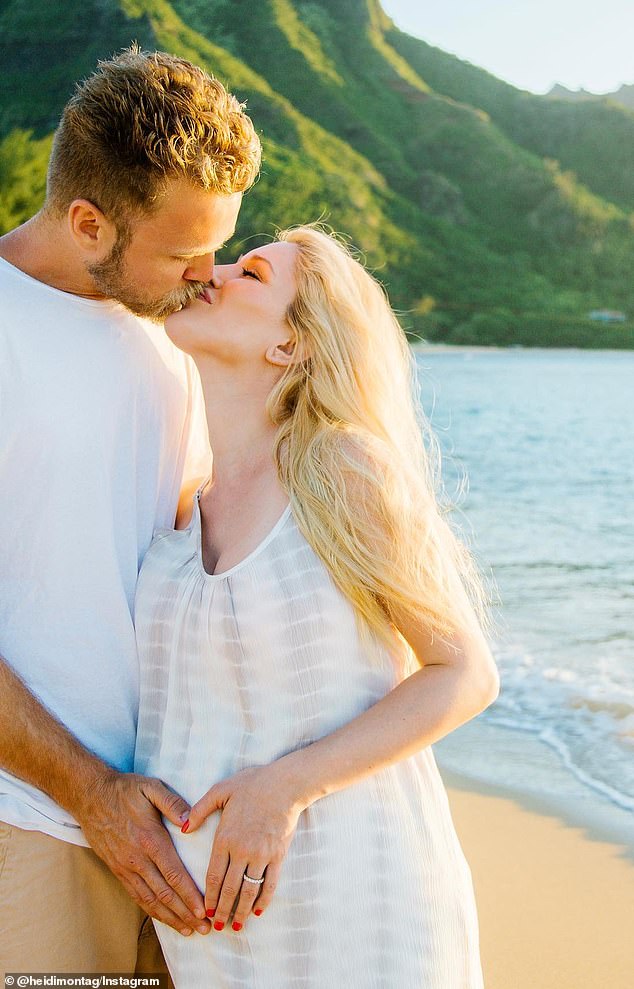 Long Journey: Although the road has been long and difficult, the family will happily welcome another family member in December; Heidi seen pregnant with son Gunner, four 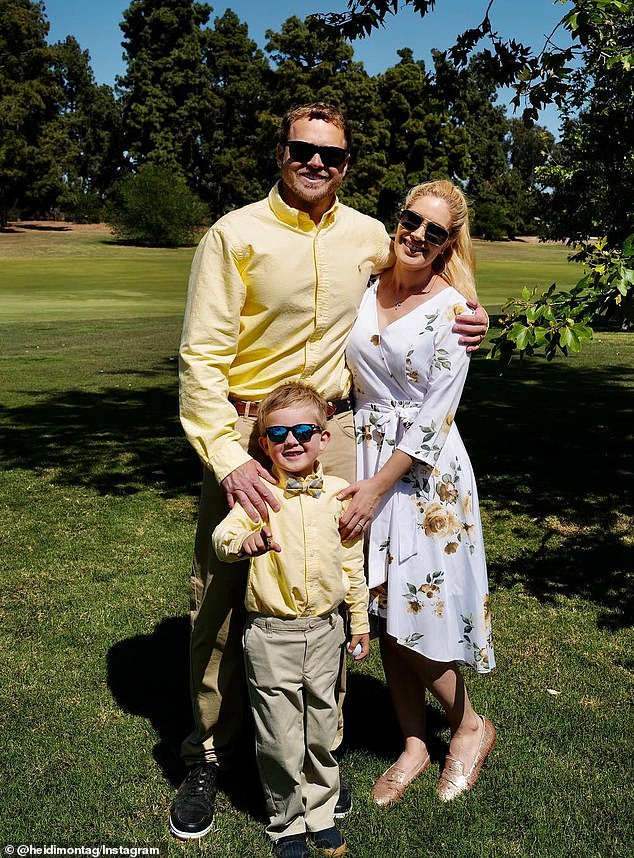 Adorable family photo: Heidi met her husband, Spencer, on the MTV series, The Hills, which aired from 2006 to 2010; Spencer, Gunner and Heidi pictured in April

“I just felt like something was missing,” the blonde beauty told Us Weekly. “I felt like there was someone missing in our family that I had this intense love for.”

Now that the difficult obstacles are removed, the family can breathe a deep sigh of relief and begin to prepare.

“There are definitely different challenges and nerves that come with having a second child,” Heidi added. 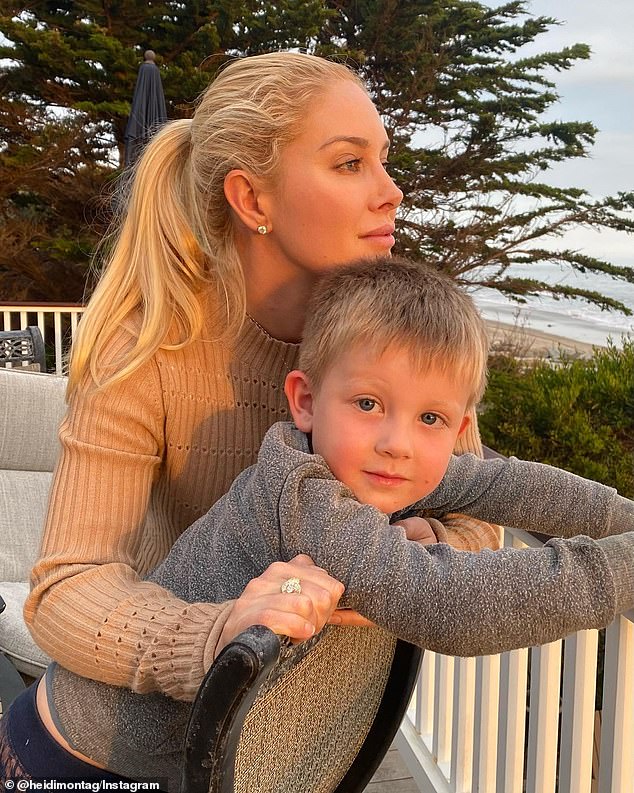 Mother and son: Heidi shared a cute snap with her son, Gunner, on her Instagram

Both Heidi and Spencer were on the hit MTV series The Hills, which followed the real lives of people living and working in Los Angeles. The series also featured Lauren Conrad, Kristin Cavallari and Audrina Patridge, which aired from 2006 to 2010.

The married couple married in 2008 while eloping to Mexico, but had an official wedding ceremony in 2009. They welcomed their son in 2017.

The actress and model recently announced another big change in her life besides being pregnant with the second baby.

On the Perez Hilton podcast, the Hills alum said she needed a new source of financial stability and was going into real estate.

“I don’t want to wait for TV money,” she said. “We spent far too much of our money.” Heidi even shared how she was already taking classes, showing how serious she was about the new career move.