Solar winds traveling through space at the speed of millions of miles per hour could hit Earth in the next few hours, putting satellites and power grids at risk.

The solar outburst occurred recently following a solar storm from the Sun, highlighting the continued increase in activity within the current solar cycle 25.

If so, all equipment and machinery dependent on satellites, power grids and radio technology may be affected.

This could interfere with the Global Positioning System (GPS) and satellite signals. 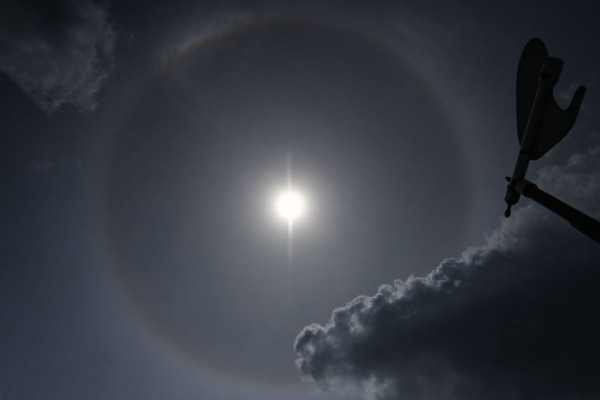 Solar winds from a hole in the Sun’s atmosphere are expected to head towards Earth, currently traveling at a speed of 600 kilometers per second, according to spaceweather.com.

The Weather Watch Service also cited statements from NOAA forecasters that there is a small chance it could produce or induce Class G1 geomagnetic storms.

According to the latest updates, the SWPC said that the solar wind speed is currently 534 km.

Additionally, there is a possibility of radio blackouts until Wednesday, June 22.

During this time, there is a low probability of a solar radiation storm.

Based on previous space weather events, there are instances where solar storms emit the mentioned hazards.

They are part of a five-level scale under the NOAA Space Weather Scales, with Class 1 being the lowest and Class 5 being the highest.

Solar storms normally cause the so-called Northern Lights or Aurora Borealis, as well as affect migrating animals like birds in the event that the Earth’s magnetosphere is disturbed.

However, the amount of space energy particles from a particular type of space weather storms.

According to the SWPC, the possibility of disruption from approaching solar winds ranges from minimal to moderate.

The National Aeronautics and Space Administration (NASA) has compared solar winds to hurricanes, whose destructive winds could wreak havoc and cause widespread disruption on Earth.

Although the cause and mechanism of the two storms are different, the US space agency is keen to understand our knowledge of solar winds.

There is still limited data regarding the impact of the solar wind.

NASA points out that a historical assessment of these solar storms suggests that our understanding of space phenomena is responsible for disrupting communications from ships in our oceans, space satellites and power grids on the ground.

According to Nicky Fox, director of the Heliophysics Division at NASA Headquarters, the disturbance in the solar wind comes from the fact that it carries the magnetic field of the Sun with it as it heads towards Earth.

It then collides with Earth’s so-called protective barrier, shielding us from solar storms.

© 2022 NatureWorldNews.com All rights reserved. Do not reproduce without permission.