As previously reported, Bryan Danielson revealed on “Dynamite” on Wednesday that a mystery man will be replacing him in the match against Zack Saber Jr. at the Forbidden Door pay-per-view on Sunday, as well as the Blood & Guts match of the week. next.

Danielson’s announcement has fueled rumors as to the identity of the mysterious man with strong technical wrestling skills. Fans on social media have been tossing around names such as Cesaro and Johnny Gargano, both of whom are currently free agents. Other names making the rounds include veteran indie Chris Hero, NJPW star Katsuyori Shibata, and undisputed ROH World Champion Jonathan Gresham.

It should be noted that Excalibur mentioned in a comment that the mystery man would be the newest member of Blackpool Combat Club. 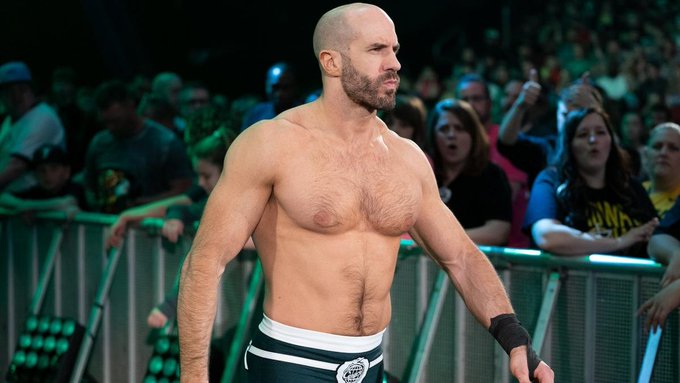 Gargano recently appeared on Sammy Guevara’s vlog, where he teased a possible move to AEW. During their face-to-face meeting, Guevara suggested a match between them “would be pretty badass”, to which Gargano replied “I think someone is missing”, alluding to his wife Candice LeRae.

Last month, AEW TV’s Twitter account accidentally mentioned that Gargano made his AEW debut as Samoa Joe’s mystery opponent when he was actually another Johnny, Johnny Elite (FKA John Morrison), who showed up on “Dynamite” for a match.

In a Your Story interview with Mike Wexler in April, Gargano confirmed he was still weighing his options on his next destination.

“I mean all my options are open right now, I’m very open about it,” Gargano said. “I don’t know what I want to do yet. It’s one of those things where I’m kind of in a period of my life where I understand that. I am figuring out what my purpose is and what lasting legacy I want to leave. I have a lot of unfinished things in WWE that I still want to accomplish.

“So there’s WWE, there’s AEW, there’s New Japan, there’s a run in the independent scene. There are a lot of things that I am debating and working on right now. I don’t know when, and I don’t know where I will return. But, I promise you when I do, you all will know.

Meanwhile, Cesaro has reportedly been “laying a low profile” and “taking time off for family reasons” since leaving WWE in February. He recently trademarked CSRO, which could potentially be his post-WWE stage name.