As temperatures rise into the 90s, you might guess the Earth is closer to the Sun now than during the winter months, but the opposite is true.

Earth is at aphelion, the farthest point from the Sun in its not quite circular orbit, on July 4, 2022. On January 4, we will be 3.1 million kilometers closer to perihelion.

Aphelion has an effect on our weather, but it’s not what you might think.

The amount of energy the Earth receives from the Sun only varies by about 3.5% during the year. Temperatures are lower in the winter months because the sun’s rays reach us at a steeper angle, spreading this energy over a larger area. When the Sun is more directly overhead, energy is more concentrated, raising temperatures,

This is best seen when looking at it from the Sun’s perspective on these images from the GOES-16 weather satellite that the WRAL Severe Weather team uses every day to make forecasts. 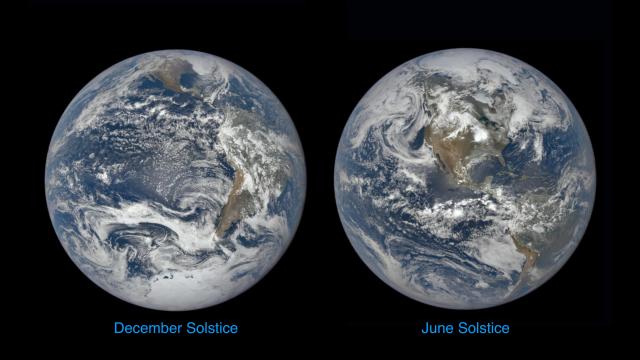 The increase in distance slows Earth’s travel around the Sun by about 1000 m/s (2237 mph) at this time of year compared to perihelion in January. This affects the length of the seasons. Spring and summer last about 93 days, fall and winter about 89 days.

Aphelion on other planets

Astronomers describe the shape of an orbit as an eccentricity, a number between zero and one. Zero is a perfect circle, and until that number reaches 1 (a parabola), the planet, the moon, or whatever, stays in orbit.

Pluto is the winner with an eccentricity of 0.244. Its orbit is so elliptical that it was actually closer to the Sun than Neptune between 1979 and 1999.

So summers are hotter in Australia, aren’t they?

You would think that even the small increase in solar energy the Earth receives around perihelion would make summers a bit warmer in the southern hemisphere. The reverse is true here as well.

The Northern Hemisphere is about 3.5°F warmer throughout the year because there is far more ocean than land south of the equator (80%/20% water/land compared to here in the northern hemisphere). This is easier to see when looking at Earth from the poles: 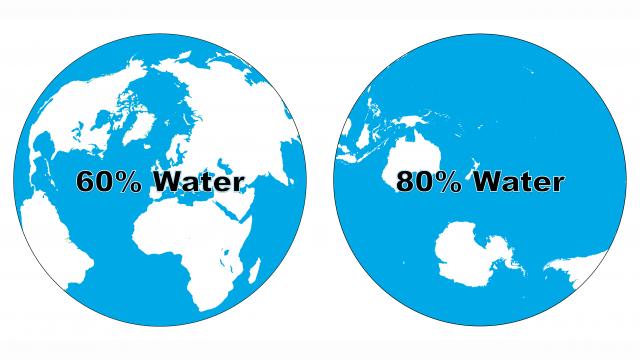 Water requires much more energy to raise its temperature than land. Think about it the next time you step out of the cool beach waves onto the warm sand.